I never showed you a picture of my new haircut, did I? Well. There’ve been two iterations so far, and I’m loving having short hair. I can’t be bothered to take, you know, well-lit and well-composed photos of it yet, though, so upfront apologies, etc., etc. But you’ll get the general idea.

So, let’s start with the Before, what my hair was like after air drying it without product. Channelling (book-version) Hermione.

For the first cut, I went with a shortish shag, slightly longer on top, and left the salon feeling rather like Grease’s Rizzo, but less carefully coiffed. And without the heartfelt (but philosophically problematic, in my opinion) ballad.

And it was great. It felt strange the first few times I washed it; I had a few habitual ‘move your hair out from under your collar’ moments before remembering, oh, right, I don’t have to do that. I can wear lip gloss on the windiest of days. Hats no longer require strategic planning. Divine.

And naturally, a dramatically new style needs a new routine — and product lineup.I tried Biosilk’s Rock Hard Styling Gum (because it was on clearance for $5, and that’s what my stylist picked up for me) and it just … it was too sticky, and stiff, and smelly. (It’s a nice smell, it’s just intense.) The stuff was pretty good for hard spikes, but that’s not really my thing right now. If I ever decide to try a faux-hawk, I’ll use that.

So, when I’d had enough of the glueyness, I picked up a couple of men’s products at Target, because they were a) cheaper and b) something new and different. Old Spice Forge Molding Putty, and Suave Heritage Edition Classic Styling Pomade. And I’m liking them both. They leave my hair softer and less sticky, and I like the smells a bit better. (IS there unscented styling putty? For under $10 a pot/jar/bucket? You can tell this isn’t really my field.)

I also picked up some of that Moroccan Argan Oil everyone was raving about a while back — it’s surprisingly great. I’d put a bit on before my hair dried, and most days I wouldn’t need anything else at all.

But for when I wanted more, the other two things worked great. The putty is great for making my hair looking comfortably tussled and played-with. (I, with great self-restraint, will not make the obvious Old Spice Guy joke here.) The pomade gives more shine and sleekness, and more defined waves, if I work it through it when my hair’s mostly dry. I haven’t yet had the courage to try a sleekly slicked-down style — the 90s weren’t my best era, and that look seems very 90s eveningwear — but when I do try it, I’ll use the pomade.

In other news, I discovered that any makeup suddenly looked like lots of makeup. Smokey eyes were almost comical — even just a red lip and toned-down eyeliner was a lot of look. My go-to routine became just bb cream, brow mascara, lash mascara, lipbalm, and sometimes highlighter. Okay, writing it out, that’s still a lot of things, isn’t it? Hm. Well, it’s faster to do than to describe, I guess. (Another Old Spice Guy joke, Melissa? Really?)

So, that was the shag. I liked the style a lot, but life’s too short not to try everything, right? Or almost everything. After about a month and a half, it was time for a trim anyway, so I went for more of a short classic pixie this time. 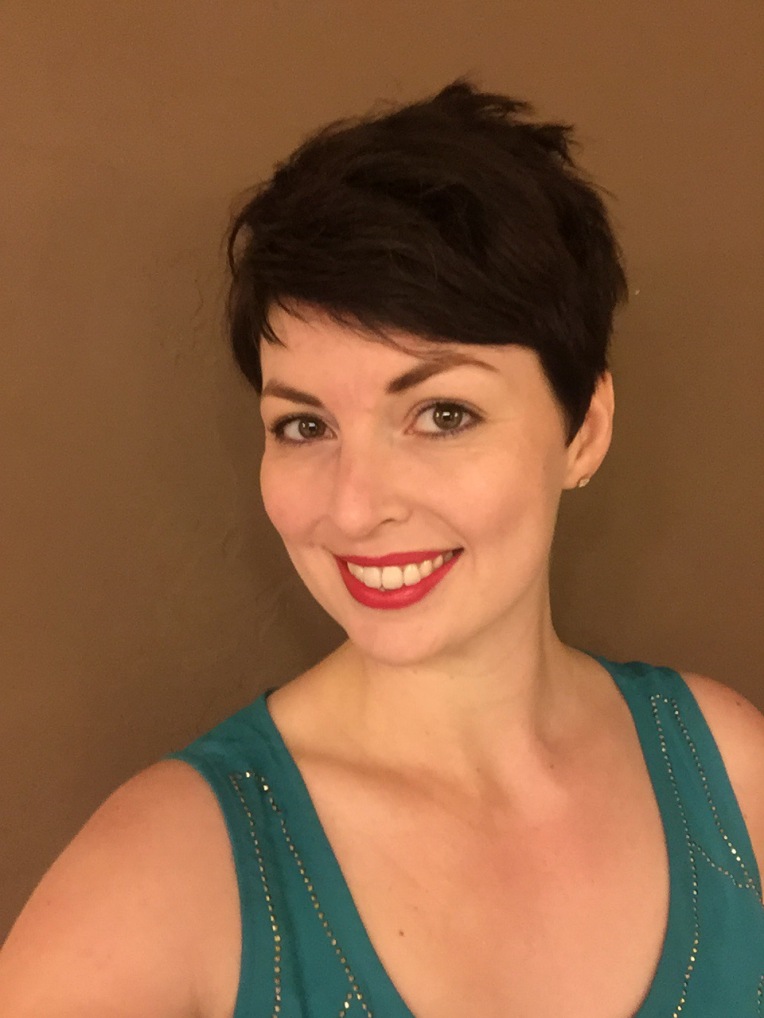 And yep, I like it, too. And strangely, I didn’t feel as mismatched wearing my more familiar, more “done,” makeup. Maybe it had to do with the texture, or overall shape; the pixie is cleaner-lined than the shag, and most of my usual looks were also higher-contrast — winged eyeliner, blood-red lipstick, and so on. Perhaps the casual looseness of the shag was contrasting too much.

Anyway, there they are — my new haircuts.